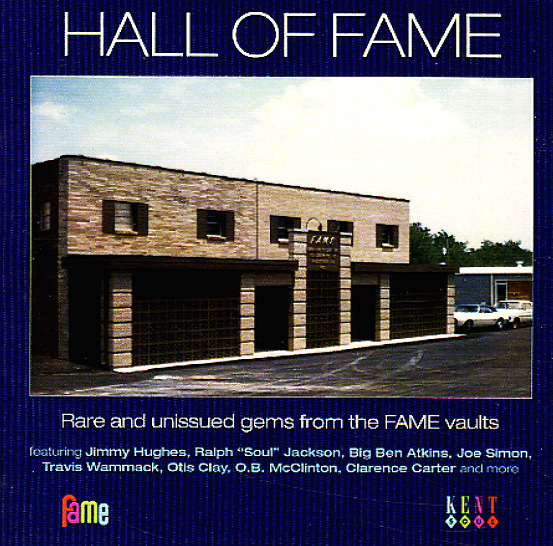 Hall Of Fame – Rare & Unissued Gems From The Fame Vaults

A love letter to the legendary Fame Records – filled with unissued tracks and rare gems from the vaults! Fame was one of the great ones back in the day – the driving force behind Muscle Shoals soul music, and a company that helped really redefine the sound of the music in the 60s – thanks to incredible production, and a tight cast of studio musicians who knocked it out of the park on nearly every session! 21 of the set's 24 tracks have never been issued before – and, even more compelling, none were featured on the similar 7" box set from Ace – making the package a treasure trove of music, even for the serious soul collector. Titles include "Tell It Like It Is" by Big Ben Atkins, "Almost Persuaded" by Jackie, "You're So Fine" by James Barnett, "I Do" by June Conquest, "Your Helping Hand" by Otis Clay, "In The Heat Of Love" by Marjorie Ingram, "Steal Away 67" by Jimmy Hughes, "You Really Know How To Hurt A Guy" by Ralph Soul Jackson, "Let's Do It Over" by Travis Wammack, "For You" by George Jackson, "Baby Come Back" by Bobby Moore & The Rhythm Aces, "Keep On Talking" by Prince Phillip, "It Ain't No Harm" by George Byrd & The Dominoes, "Blind Can't See" by Richard Earl & The Corvettes, and "I Need Someone" by The Entertainers.  © 1996-2021, Dusty Groove, Inc.