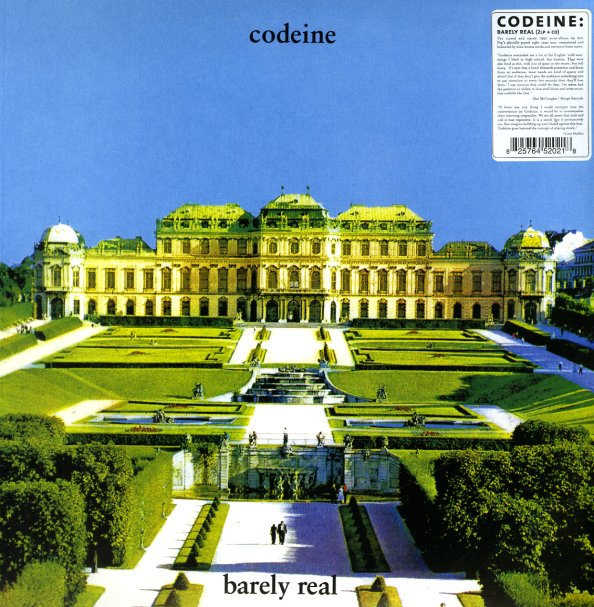 The second of three hugely influential releases for Codeine – '92's Barely Real – a vital piece of a body of work that would have a very real impact on many bands to follow! The original Barely Real is either a generously portioned EP or a mini-LP – with 6 tracks that deliver on the promise of the preceding Frigid Stars LP – while also showing an evolving approach. The core trio of Chris Brokaw, John Engle and Stephen Immerwahr get an assist from Jon Fine on "Jr" – who lays down an additional wave of noisy guitar texture. David Grubbs contributes the solo piano and arrangement of the song "W." – a cool collaboration and a nice little creative side-step of Codeine's now-established sound! Numero's excellent double vinyl version features the original album on one LP and a full LP of bonus material! Titles include "Realize", "Jr", "Barely Real", "Hard To Find", "W." and "Promise Of Love". Bonus tracks include "Jr (Demo)", "Tom (Demo)", "Wird (Demo)", "I Wonder (Demo)", "Hydroplane", "A L'Ombre De Nous", "Realize (Demo)" and "Broken-Hearted Wire". All tracks restored from the original masters, the vinyl comes in a high quality gatefold sleeve, with an insert booklet of with notes/essays by esteemed admirers. Also includes the full tracklist on CD.  © 1996-2021, Dusty Groove, Inc.