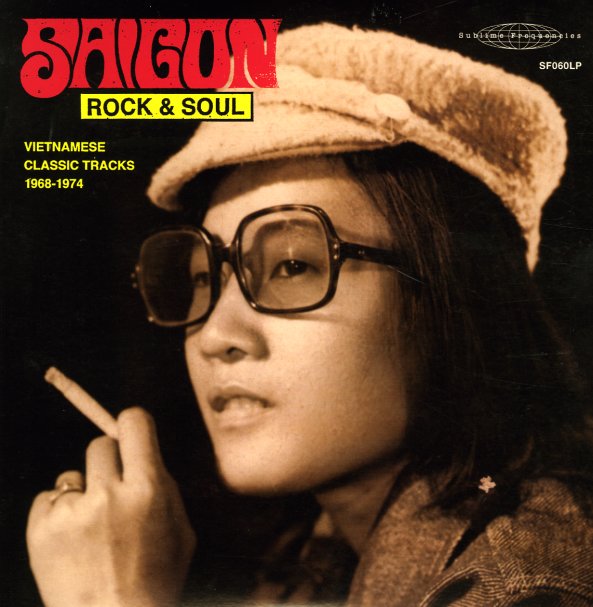 Raw rock & soul from Saigon – from raw & garagey to more soulful, psychedelic and funky – an impressive collection of late 60s & early 70s recordings put together by the ever amazing Sublime Frequencies label! We've been lucky enough to hear a pretty incredible and diverse wealth of music made in Southeast Asia during this period – but even so, this set is still a total knockout! The sound is pretty wonderful – and even though most of the recordings were made in makeshift studios in a very tumultuous time (to say the least), they still come across with a strong sense of joyful exuberance. There are songs of war here – anti-Viet Cong songs, songs from the point of view of jealous girlfriends of soldiers, and more (thanks to the sharp, to the point notes for clueing us in on the subject matter) – all done with raucous psychedelic rock or funk rock instrumentation, and often quite lovely female vocals. Essential! 17 tracks in all – including "Tin Yey Tuyet Voi" by CBC Band, "Cai Tram Em Cai" and "Noi Buon Con Gai" by Carol Kim, "Mat Troi Den" by Minh Xuan & Phuong Hoang, "Kho Tang Cua Chung Ta" by Elvis Phuong, "Do Ai" by Phuong Dung, and "Duyen Phan Con Gai" by Mai Le Huyen.  © 1996-2022, Dusty Groove, Inc.