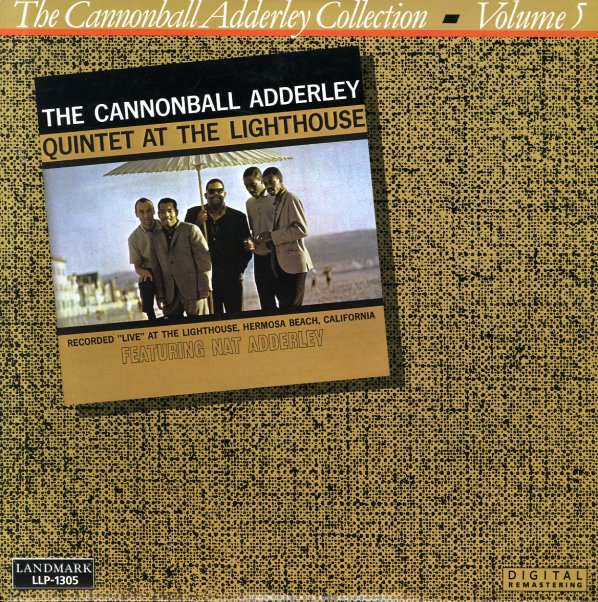 Fantastic work from the Cannonball Adderley Quintet – one of their greatest performances from the seminal early 60s years! The band at this time includes Cannon on alto, Nat on cornet, Victor Feldman on piano, Sam Jones on bass, and Louis Hayes on drums – and although Feldman's not as strong of a soul jazz player as Bobby Timmons or Joe Zawinul, both of whom also played with the group, his playing on this set is great, thanks to a really lively rhythm section! Includes an 11 minute version of "Sack O Woe", plus "Blue Daniel", "Azule Serape", and "Big P".  © 1996-2022, Dusty Groove, Inc.
(80s issue.)

Love Walked In!
Jazzland, 1961. Very Good+
LP...$14.99
Some of jazz's most sensitive artists get together in a lyrical set of light-handed ditties. Shearing's piano is a surprisingly nice complement to the vibes/bass/guitar sound of The Montgomery Brothers – and the group is augmented by some nice Latin percussion – performed by Armando ... LP, Vinyl record album