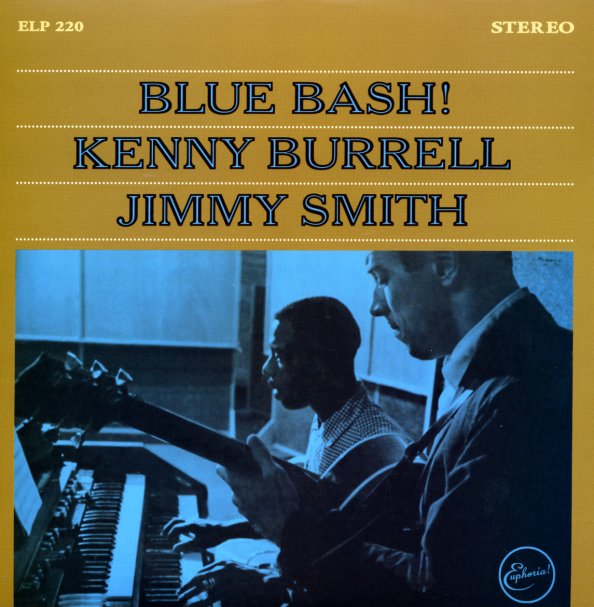 A surprisingly great meeting between Kenny Burrell and Jimmy Smith – and a set that's one of Jimmy's standout small combo sessions for Verve! The feel here is much more Jimmy Smith at Blue Note than some of the bigger group Verve dates of the 60s – and Kenny Burrell's sensitive guitar lines provide wonderful company for Smith on the date – shading in his Hammond lines with a nice sense of color, in ways that really fit the late nite setting of the record. Other players on the date include either Bill English or Mel Lewis on drums, George Duvivier or Milt Hinton on bass, Vince Gambella on guitar, and Art Marotti on percussion – and titles include "Kenny's Sound", "Blues For Del", "Blue Bash", "Travelin", and "Soft Winds".  © 1996-2022, Dusty Groove, Inc.
(Out of print Verve Masters edition with a former owner's sticker on the back of the case.)

With The Tenors Of Our Time
Verve, 1994. Used
CD...$3.99
Roy Hargrove on trumpet and flugelhorn, Ron Blake on tenor and soprano sax, Cyrus Chestnut on piano, Rodney Whitaker on bass, and Gregory Hutchinson on drums. CD

Phil Woods & His European Rhythm Machine At The Montreux Jazz Festival
MGM/Verve, 1969. Used
CD...$11.99
One of the smartest moves Phil Woods ever made was to move to Paris in 1968 and pick up a European rhythm section that featured George Gruntz, Henri Texier, and Daniel Humair. At the time, the idea of a European rhythm section might have been considered suicide by some folks – but for Woods, ... CD