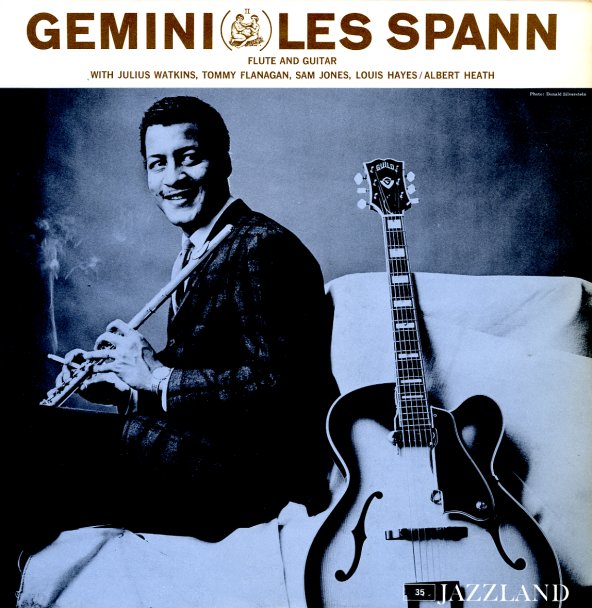 One of the few albums ever cut as a leader by Les Spann – an extremely talented jazz player who worked a lot with Dizzy Gillespie in the 50s, and Quincy Jones in the 60s! Les plays both guitar and flute on the set – grooving soulfully in a mode that recalls the stylings of Frank Wess or Kenny Burrell (depending on the instrument), but which is handled here in an easily soulful mode that recalls the sound of Les Jazz Modes at times. Players include Julius Watkins, Tommy Flanagan, Sam Jones, and Louis Hayes.  © 1996-2020, Dusty Groove, Inc.
(Maroon label Orpheum pressing. Cover has some discoloration from age.)