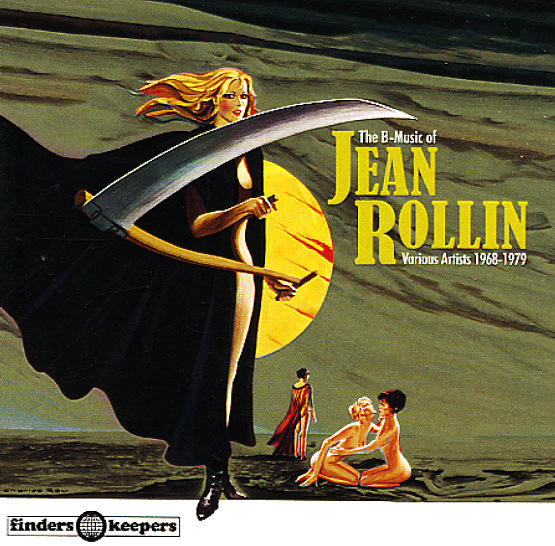 Freaky French vampire music – a heady assortment of grooves from the b-movie genius of director Jean Rollin! The tracks here are filled with tripped-out touches that are mighty nice – almost a Vampyros Lesbos aesthetic, but a bit darker, too – not always as all-out groovy, and with just the right sort of moodiness that shows that Rollin was definitely taking his vampires seriously – even when having fun! There's a hip blend of fuzzy guitars and freaked-out organs on some tracks – while others have instrumentation that's more spare and stark – almost primal at points, and certainly seductive throughout. The package is overflowing with great tracks from Rollin films by artists who include Francois Tusques, Nicole Romain, Pierre Ralph, Philippe D'Aram, Yvon Gerault, and Acanthus – plus a few performances that were improvised by actors in the film Les Femme Vampires. 31 tracks in all – and titles include "Wedding Party", "La Cite Rouge", "Skittles", "Crimson Gates", "Blue Quadrant", "Blue Doll Baroque", "Flightless Bird", "Blind Songbird, "Gilda & Gunshots", "The Curse", and "Batterie Fields".  © 1996-2022, Dusty Groove, Inc.