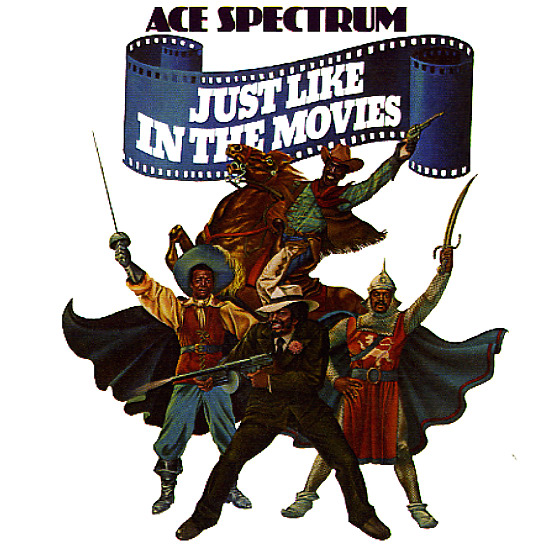 A masterpiece of east coast harmony soul – and worth it for the title cut alone! Ace Spectrum are always pretty great, but on this album, they really bust out of the box with some of the most wonderful harmonies they've ever recorded – set to impeccable arrangements by Patrick Adams, who hits the same blend of mellow harmonies and upbeat grooving he did with Black Ivory! Vocals are amazing – right at the height of the east coast generation that also included The Moments, Delfonics, and Stylistics – and the backings are equally wonderful, and make the album one of our favorite 70s releases from Atlantic Records. Titles include "Just Like In the Movies", "Sweet Music Soft Lights & You", "I Can't Keep Holding On", "Sooner or Later", "Magic Touch", and "Live & Learn".  © 1996-2021, Dusty Groove, Inc.
(Cover has a cutout notch.)