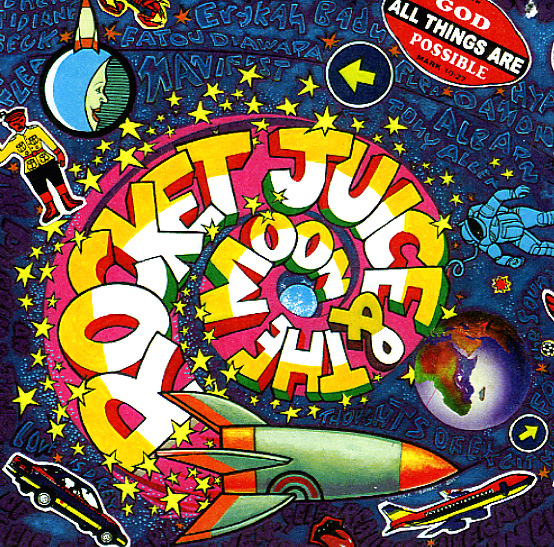 Kind of an amazing collaboration – a core group that features Tony Allen, Damon Albarn, and Flea – with guest appearances by Erykah Badu, Hypnotic Brass Ensemble, Fatoumata Diawara, M.anifest, Cheick Tidiane Seck, and Thundercat! The sound of the set is surprisingly wonderful – hardly a cloying collection of common elements in the trio's music – and instead a rich new territory that's almost a 21st Century re-invention of older Afro Funk modes! Allen's drumming is razor-sharp, and gives the record an acoustic energy that's really excellent – and Flea's basswork is astounding too – rough, rootsy, and really dynamic – in ways that have us unexpectedly complimenting him for his talents. Titles include "Lol", "Night Watch", "Forward Sweep", "Extinguished", "Rotary Connection", "Worries", "There", "Check Out", "Benko", and "The Unfadable".  © 1996-2022, Dusty Groove, Inc.