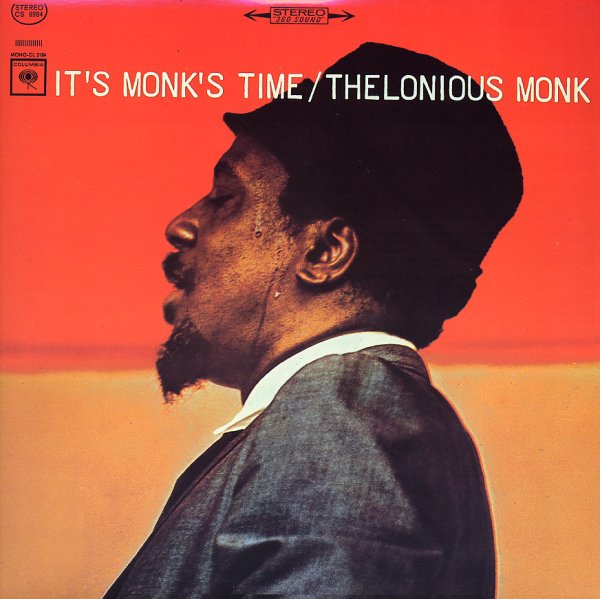 Also available
Thelonious Monk — It's Monk Time (180 gram pressing) ... LP 18.99
One of our favorite Thelonious Monk albums ever – a bare bones, no nonsense session that's filled with great work from tenorist Charlie Rouse! The record's filled with everything that's great about the Monk/Rouse team in these years – an incredible interplay between sax and piano, served up over the sorts of angular tunes that Monk had been putting forth for years, but somehow at a level that's even more perfect, more "Monkish" than before! Other members of the group are Butch Warren on bass and Ben Riley on drums – and titles include "Lulu's Back In Town", "Memories Of You", "Brake's Sake", "Stuffy Turkey", and "Shuffle Boil". CD features 3 bonus tracks – previously unreleased takes of "Shuffle Boil", "Epistrophy", and "Nice Work If You Can Get It".  © 1996-2023, Dusty Groove, Inc.
(2003 remastered edition – with 3 bonus tracks!)

Dreaming Of The Masters Vol 2 – Thelonious Sphere Monk
DIW/Columbia, 1991. Used
CD...$9.99
A really unusual session – the Art Ensemble Of Chicago is joined by pianist Cecil Taylor – in a celebration of the music of Thelonious Monk! CD