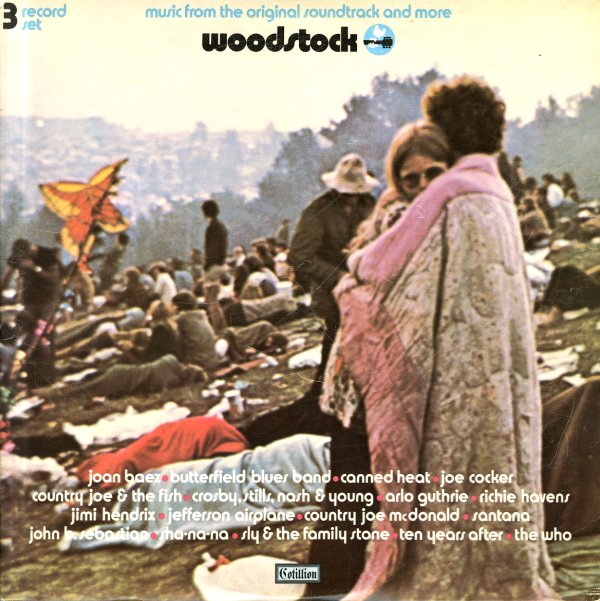 A seminal album from the end of the 60s – the triple-length soundtrack to the legendary Woodstock Festival in 1969 – pulled from all the many hours of material recorded for the film of the event! The set list reads not just like a "who's who" of hipness at the time – but also expands to show just how wide the range of sounds was in the underground – strands that move past the obvious rock material that you might expect, and which have the record standing as a great memory to the time – with maybe more diversity than some of the more monolithic memories! Features work by Canned Heat, Arlo Guthrie, Jimi Hendrix, Crosby Stills Nash & Young, Richie Havens, Santana, Ten Years After, The Who, Country Joe & The Fish, Sly & The Family Stone, Joan Baez, Butterfield Blues Band, Joe Cocker, Jefferson Airplane, John B Sebastian – and yes, Sha Na Na.  © 1996-2021, Dusty Groove, Inc.
(Blue label Cotillion pressing. Cover has ring and edge wear.)