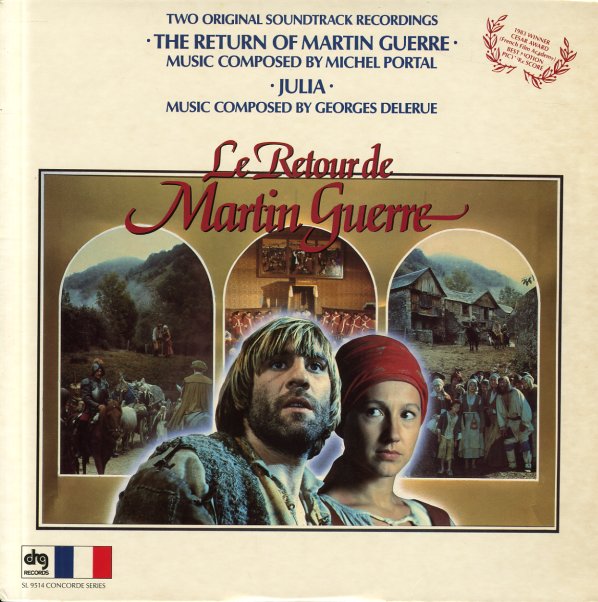 Two scores by Georges Delerue – one for Julia, the film that starred Vanessa Redgrave and Jane Fonda – the other for the successful Return Of Martin Guerre, with a young Gerard Depardieu!  © 1996-2023, Dusty Groove, Inc.

Misadventures Of Dennis The Menace
Colpix, Early 60s. Very Good
LP...$14.99
A pretty great audio record of the Dennis The Menace TV show from the early 60s – featuring the voices of all the original cast members, including the "creepier than creepy" Jay North! The format features a full "show" on each side – with narration to lead off the ... LP, Vinyl record album

Hallelujah Trail
United Artists, Mid 60s. Very Good+
LP...$1.99
A pretty silly record overall – mostly western-themed numbers played by an orchestra and occasionally sung by a chorus that matches the comedic feel of the film. The whole thing's got a whimsical feel that kind of falls flat after all these years, but overall the record's not a bad one if ... LP, Vinyl record album

Emerald Forest
Varese, 1985. Very Good
LP...$5.99
(Vinyl is pristine except for a mark that clicks through the first half of side two.) LP, Vinyl record album