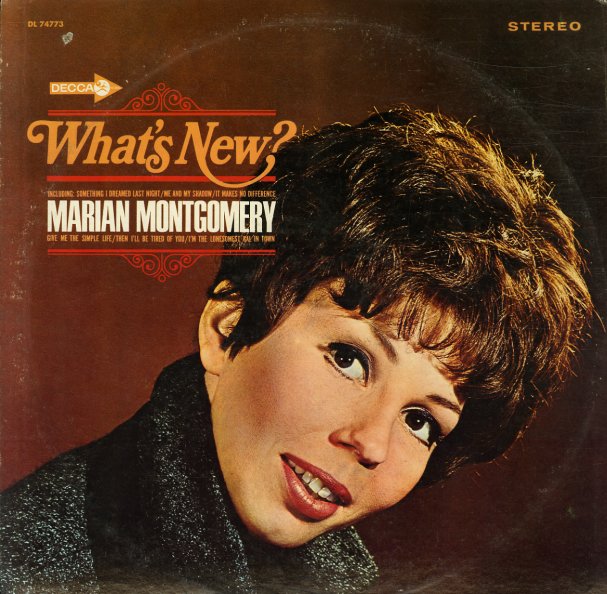 Oh for the days when you could go to a club and hear a singer like this – peppy, jazzy, but also able to put over a sad and dreamy tune when she wants to. Marian only recorded a few records, and this one's probably her best – a jaunty set of tunes with arrangements by Charles Albertine, Sy Oliver, and Ray Scott. Some tracks are groovy, some sad and lonely, and others have a nice playful feel that keeps the set fresh – and titles include "There's A Time & A Place For Everything", "Give Me The Simple Life", "I'm The Lonesomest Gal In Town", "It Makes No Difference", and "I'll Sing You One Song".  © 1996-2020, Dusty Groove, Inc.