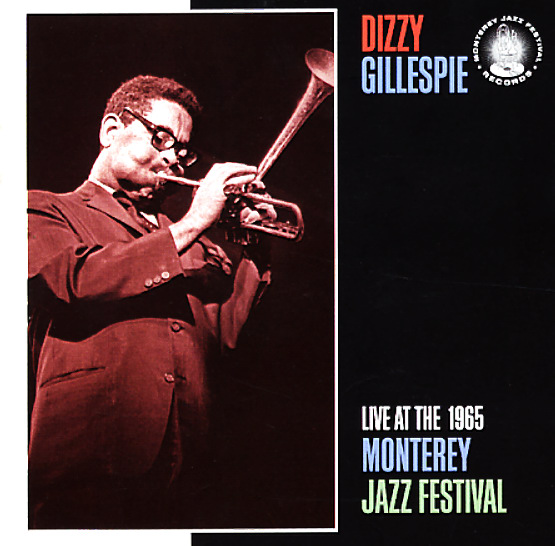 Live At The 1965 Monterey Jazz Festival

A nice set by Diz at the 1965 Monterey Jazz Festival – backed by a great group of players – released here for the first time ever! The set opens with a fiery day after, and the set takes some equally hard charging turns plus some relaxed moments, too – and includes some surprises, too. Big Black is killing it on congas for this set – and the other players include James Moody on flute and tenor, Kenny Barron on piano, Christopher White on bass and Rudy Collins on drums. Other titles include "Trinidad, Goodbye", "Poor Joe", "Night In Tunisia", "Ungawa" and "Gega De Saudade (No More Blues)", plus a fun comedy sketch in the middle.  © 1996-2022, Dusty Groove, Inc.
(Out of print.)

To Diz With Love – Live At The Blue Note
Telarc, 1992. Used
CD...$3.99
With Junior Mance on piano, Peter Washington on bass, and Kenny Washington on durms – plus guest trumpet from Wynton Marsalis, Wallace Roney, Doc Cheatham, and Claudio Roditi, as well as Red Rodney on flugelhorn. CD