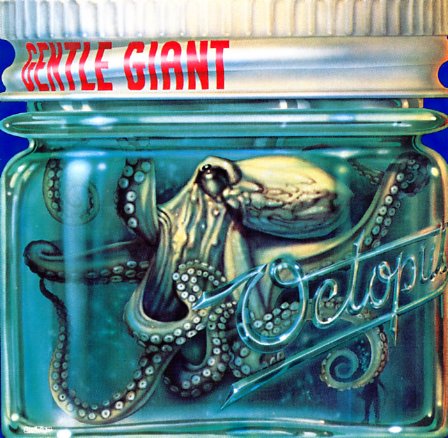 Beautifully melodic work from Gentle Giant – one of the jazziest combos of the British progressive years – heard here in a set that was one of their biggest over here in the US! There's a slight undercurrent of funk to the record – a choppy, romping quality in some of the rhythms that takes the group past modes of some of their contemporaries – and the album's inventive use of multiple voices further expands the sound, into a range that's sweetly harmonic at some of the best moments. Instrumentation includes a fair bit of keyboards – plus vibes, violin, guitar, and alto sax – and titles include "The Advent Of Panurge", "Knots", "A Cry For Everyone", "Raconteur Troubadour", "River", and "Dog's Life".  © 1996-2021, Dusty Groove, Inc.
(In the die-cut cover.)