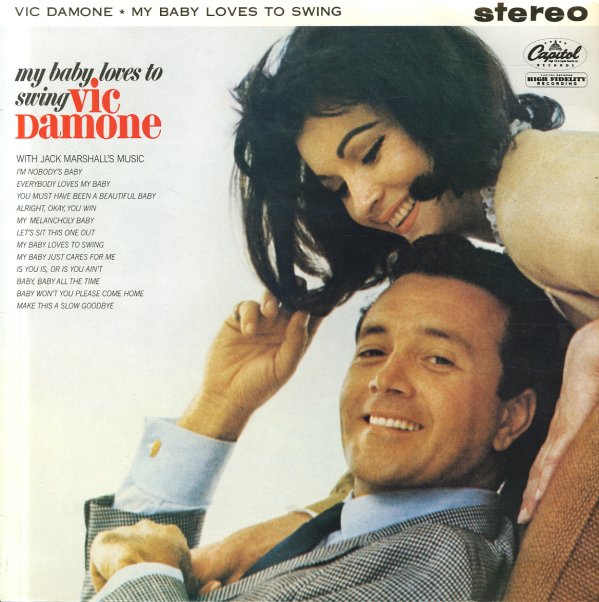 My Baby Loves To Swing

Pure crooning genius from Vic Damone – thanks to fresh arrangements from Capitol maestro Jack Marshall! Marshall's work in the studio was often playful – sometimes a bit too much so, as on his own instrumental albums – but here he brings out a real boldness in Damone's voice, a quality that's strong and masculine, yet also not as emotionally overblown as Damone could sometimes be on weaker albums. The balance is a careful one, but handled beautifully here – in a way that has that rare mature and saloony quality that marks the best of 60s male vocal albums of this nature. Titles include "Alright OK You Win", "Let's Sit This One Out", "My Baby Loves To Swing", and "Baby Baby All The Time".  © 1996-2021, Dusty Groove, Inc.
(Rainbow label stereo pressing. Back cover has a promo stamp.)