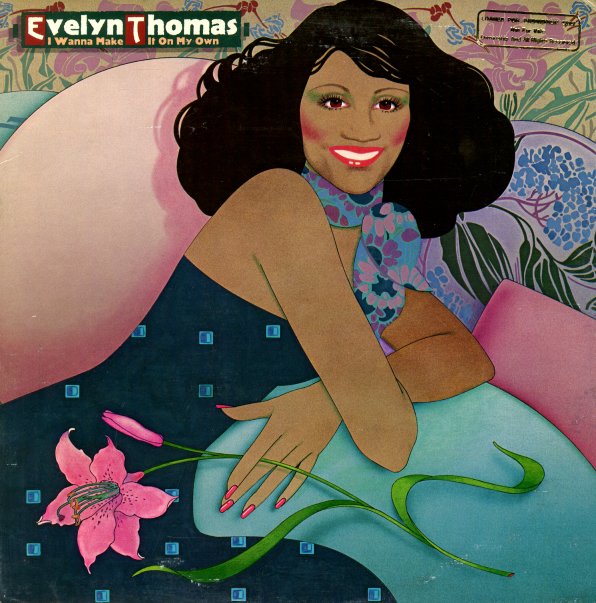 I Wanna Make It On My Own

A Casablanca stormer from Evelyn Thomas – a set that makes mighty full use of her strong vocals for the clubs, but which also features some quick-stepping production from Ian Levine! There's a nice polish to the record, but in an older sort of style – so that the lead singer is respected when the lyrics are flowing free, yet the tracks are also more than long enough to step out with plenty of longer disco modes too. A few tracks have some nice hooks that would more than make them stand on their own as soul singles – and titles include "I Want To Make It On My Own", "Back To Reality", "Thanks For Being There", and "It's The Magic Of Your Touch".  © 1996-2021, Dusty Groove, Inc.
(Cover has a promo stamp.)