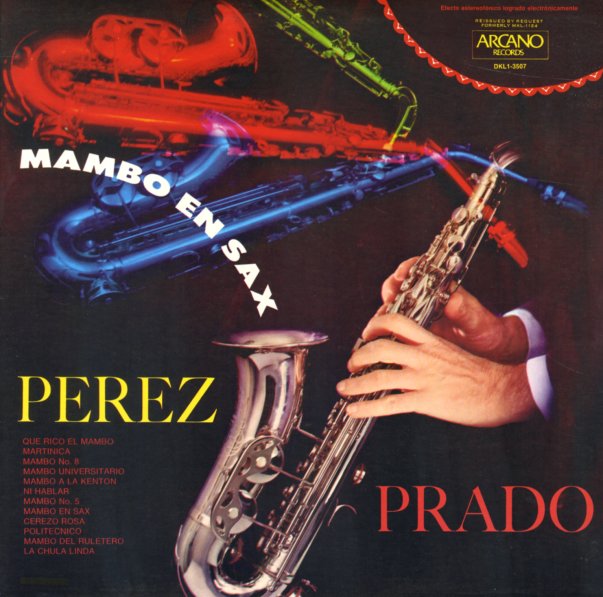 A rare Mexican album from Perez Prado – nicely cooking, with a really sharp edge, and plenty of the saxes promised in the title! Includes "Mambo a la Kenton", "Mambo en Sax", and "Mambo No. 8".  © 1996-2021, Dusty Groove, Inc.
(Later Colombian pressing. Cover has light surface wear and is slightly wavy.)

Twist Goes Latin
RCA, 1962. Very Good+
LP...$19.99
Perez was always willing to alter his groove to fit the times and the mood – and this set is one of his first forays into the groovier sound that would dominate most of his 60s work for other labels. The core sound is still in that "ugh!" mode of earlier RCA sides, but there's also ... LP, Vinyl record album

Bienvenidos (aka Maracas Bongo Y Conga)
RCA (Spain), 1957. Near Mint-
LP...$14.99
Not the all-out percussion affair you might guess from the title – but still a plenty great little album of late 50s Latin from Havana – done with a sweetly syncopated sound on all the tunes! Instrumentation is heavy on flute, violin, and piano – alongside the percussion promised ... LP, Vinyl record album