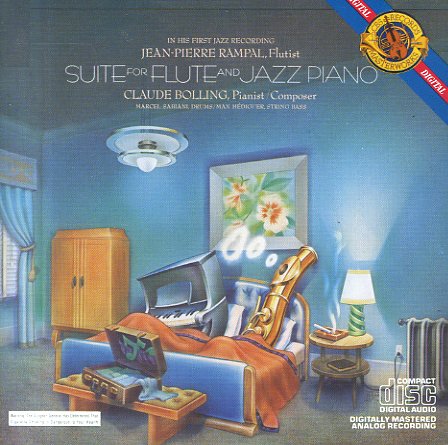 Mingus Ah Um (Ermitage)
Columbia/Ermitage, 1959. Sealed
LP...$24.99
One of Charles Mingus' true classics – and an essential album in any jazz collection! This 1959 gem was recorded by Mingus at a key point in his career – when he was rising from the jazz underground into the ranks of America's elite jazzmen, penning some of the most challenging work of ... LP, Vinyl record album

Trombone Sound
Columbia, Late 50s. Very Good
LP...$2.99
The trombone sound of Kai Winding is firmly in place – as he solos in the lead of a septet, with 4 extra trombones in the mix to give the record a nice bass-y sound! Arrangements are by a number of members of the band, and players include Wayne Andre, Carl Fontana, Jack Franklin, and Kenny O' ... LP, Vinyl record album

Music Magic
Columbia, 1977. Near Mint-
LP...$7.99
Lots of musical magic here – a further extension of the Return To Forever vibe that helped Chick Corea find some of his best energy of the 70s! The style is still as tightly focused as before, but also opens up with a bit more soul, too – trading some slight moments of jamming for a ... LP, Vinyl record album

Skies Of America
Columbia, 1972. Very Good+
LP...$39.99
A brilliant large ensemble work from Ornette Coleman – ambitious material recorded with full orchestra, in a haunting sound that's light years from any of his smaller group recordings of the 60s and 70s! There's an incredible feel to the strings used here – played by the London ... LP, Vinyl record album

Love From The Sun
Buddah, 1973. Sealed Gatefold
LP...$38.99
A spiritual jazz masterpiece from drummer Norman Connors – one of those unique albums he cut before moving into soul music – done at a level that rivals the early 70s genius on labels like Strata East or Impulse Records! Connors worked with many contemporaries on those labels, and gets ... LP, Vinyl record album