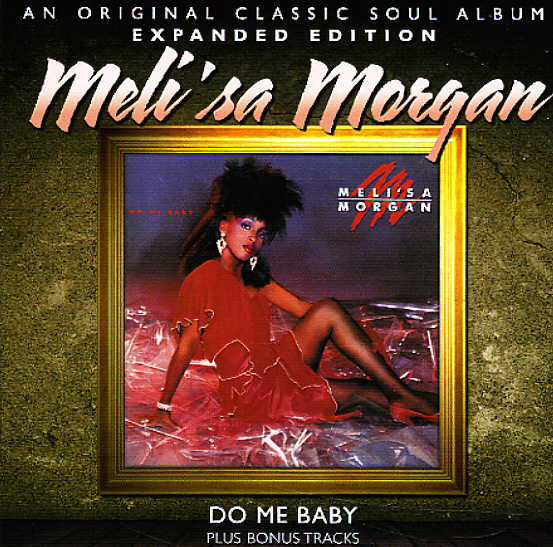 Do Me Baby (with bonus tracks)

A Capitol classic from Meli'sa Morgan – filled with sweet 80s grooves, and delivered with a style that's nicely lighter than some of her contemporaries! Morgan can still manage a nice hook when she wants, but the album's also got her working as a richer soul artist overall – eschewing the obvious chart territory of other 80s female singers, and stepping back to hit some great midtempo modes that really let her open up with amazing vocals! The mode's almost a female take on the quiet storm style at its best moments – and titles include "Now Or Never", "Lies", "Fool's Paradise", "Heart Breaking Decision", "Do You Still Love Me", and "I'll Give It When I Want It". CD features lots of bonus tracks – including "Do Me Baby (US 12" single)", "Do Me Baby (interlude – inst)", "Deeper Love (ext rmx)", "Deeper Love (dub)", "Fool's Paradise (paradise mix)", "Fool's Paradise (single)", and "Getting To Know You Better (12" mix)".  © 1996-2021, Dusty Groove, Inc.