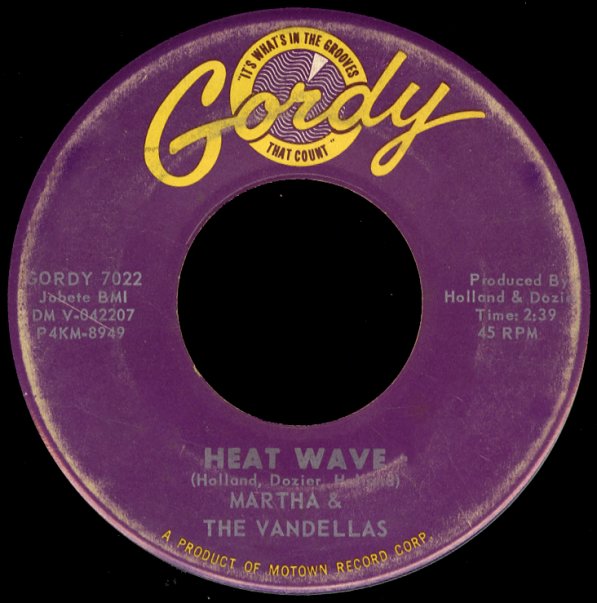 (Original pressing. Vinyl has numerous marks, "Heat Wave" plays well, but "A Love Like Yours" plays with surface noise. Labels have some wear.)