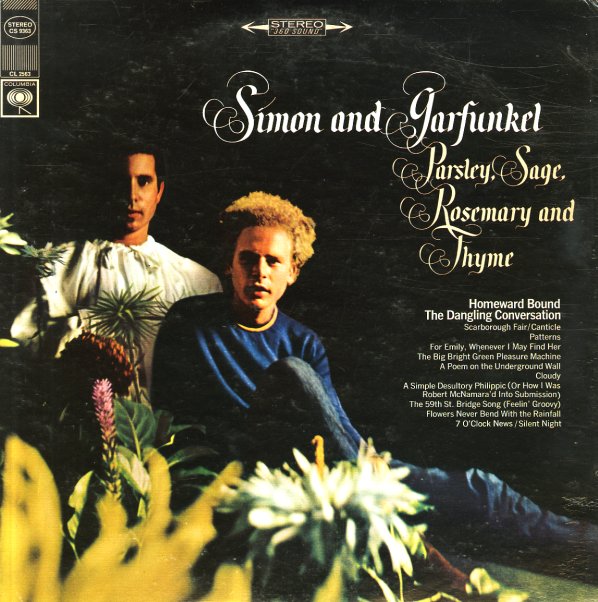 Great work from Simon & Garfunkel – right at a time when they were starting to get interesting! The album's a very well-conceived whole, with sublime that mixes hits and more obscure tunes – titles that include "Homeward Bound", "59th Street Bridge Song", and "Scarborough Fair/Canticle", with "Dangling Conversation", "For Emily Whenever I May Find Her", "A Simple Desultory Philippic", and "Flowers Never Bend With The Rainfall" – plus the cool "7 O'Clock News/Silent Night".  © 1996-2023, Dusty Groove, Inc.
(360 Sound stereo pressing. Cover has light surface wear.)