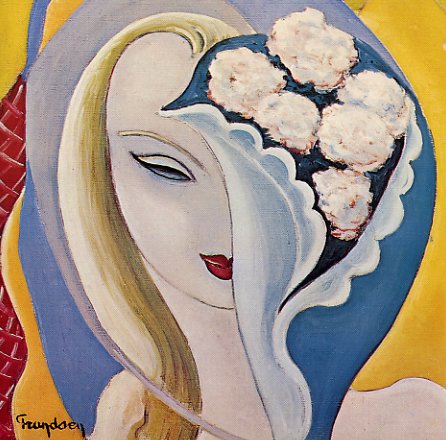 One of Eric Clapton's greatest moments – and a set that also features guitars from Duane Allman and organ from Bobby Whitlock! Recorded in Miami at Criteria Studios – and titles include "Layla", "It's Too Late", "Little Wing", "Have You Ever Loved A Woman", "Tell The Truth", "Anyday", "Key To The Highway", and "Bell Bottom Blues".  © 1996-2023, Dusty Groove, Inc.
(Yellow 1841 Broadway label pressing. Cover has minimal surface wear, name in pen on the back. Looks nice overall.)

One Way Or Another
Atco, 1971. Very Good Gatefold
LP...$19.99 (CD...$9.99)
Cactus are totally at the top of their game here – and the guitar of Jim McCarthy really sets the record on fire, right from the very first note – at a level that should have made Jim one of the real guitar hero legends of his generation! Yet there's also power from the whole group ... LP, Vinyl record album