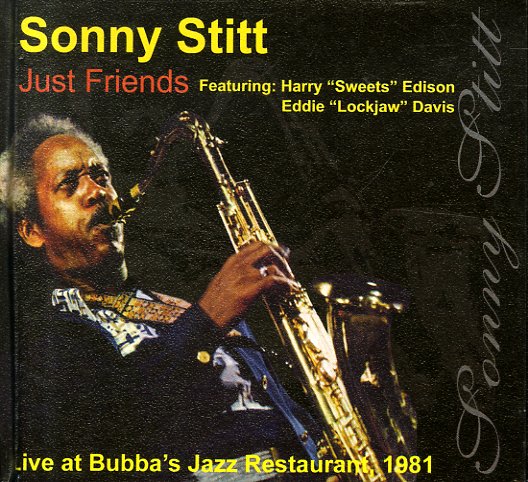 When Sonny Blows Blue
Jamal/P-Vine (Japan), 1970. Used
CD...$14.99
A sweetly funky little set from Sonny Stitt – one of his hippest albums ever, and a rare date cut for Ahmad Jamal's short-lived record label! The sound here is a great combination of the late 60s tone that Sonny forged on other east coast indies – and some of the hipper, more open ... CD

Sonny Stitt Plays Jimmy Giuffre Arrangements/Little Bit Of Stitt
American Jazz Classics (Spain), 1959. Used
CD...$9.99
An unusual pairing, but a great Stitt set from Verve – recorded with a west coast group that also includes Jack Sheldon on trumpet, Frank Rosolino on trombone, Jimmy Rowles on piano, and even a bit of Jimmy Giuffre near the end! Titles include "Down Country", "Downtown", ... CD

It's Magic
Delmark, 1969. Used
CD...$8.99
A lot like Sonny's work with Hammond on Prestige Records – as the set features a trio with Don Patterson on the Hammond B3 and Billy Pierce on drums! CD