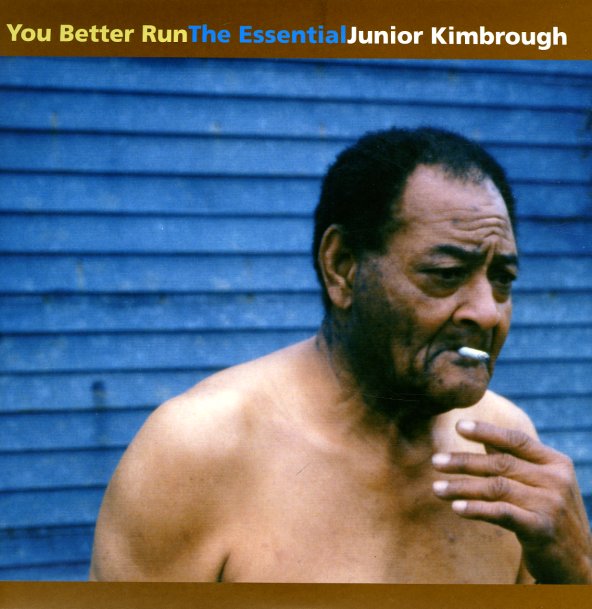 You Better Run – The Essential Junior Kimbrough (with download)

A strong collection of (mostly) early-to-mid 90s recordings by Mississippi blues legend Junior Kimbrough – compiling his Fat Possum recordings and as a set that really is essential! It includes recordings captured Junior's Juke Joint in Chulahoma, MS, home recordings and more – raw and right in Junior's unflinching element. Includes the great opener "Release Me" with Charlie Feathers – recorded in 1969 – and the subsequent 90s material sounds right at home with it . . .pretty amazing! Other tracks include "All Night Long", "Meet Me In The City", "Old Black Mattie", "I'm Leaving You Baby", "Keep On Braggin'", "Tramp", "Sad Days Lonely Nights", "Most Things Haven't Worked Out", the bone-chilling title track and more.  © 1996-2023, Dusty Groove, Inc.
(Includes code for digital download.)

Bothered Mind
Fat Possum, 2004. New Copy
LP...$15.99 21.99
Gritty revival blues from RL Burnside – and a record that really broke his music into a wider audience! Of course, it helps that the set features guest appearances from Kid Rock and Lyrics Born – the latter we enjoy more than the former – but the overall vibe is still very much ... LP, Vinyl record album

Electric Mud (180 gram white vinyl pressing)
Cadet/Anagram, 1968. New Copy Gatefold (reissue)
LP...$31.99 35.99
A really fantastic chapter in the career of the great Muddy Waters – a set that was initially dismissed as "inauthentic", but which has gone on to much-deserved fame over the years! Part of the genius here is the great Charles Stepney – that hip Chicago arranger who did so ... LP, Vinyl record album

Black London Blues
Philips/Soulgramma (Italy), Late 60s. New Copy (reissue)
LP...$29.99 34.99
A brilliant British set from Ram John Holder – not really blues at all, but a cool kind of crossbreeding of styles in the 60s London scene – almost the same mad mix of modes you might hear in The Equals! Holder is a singer with a long legacy behind him by the time of this set, ... LP, Vinyl record album