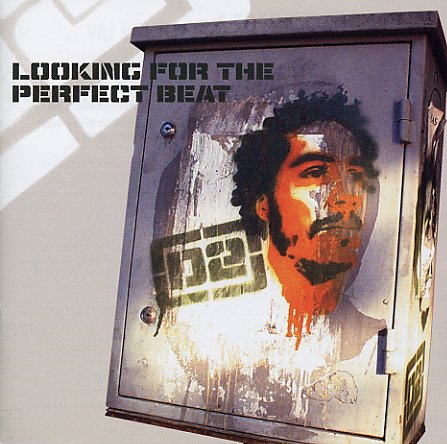 Looking For The Perfect Beat

A funky fusion of post-millenium Brazilian club groove and contemporary hip hop from Marcelo D2! MD2 does a great job of demonstrating the all inclusive groove at the core of disparate musical elements. Almost every tune has a sound rooted in percussive samba, but the vibe stretches through programmed and organic beats, bass, keys and scratches – courtesy of Mixmaster Mike! The album was produced by "fourth Beastie" Mario Caldato – who really brings his hip hop pedigree to the sound in ways that he did not when he produced Seu Jorge's album! Seu Jorge makes a behind-the-scenes appearance on the album, as does Shabazz The Disciple. The raps are in Portuguese, the groove has nu samba feel, with traces of electro, house, and hip hop love that stretches from Sugarhill to Shaolin. Tracks include "Pra Posteridade", "Vai Vendo", "A Maldicao Do Samba", "Loadeando", "Qual E?", "Batucada", "Eu Tiro E Onda" and more!  © 1996-2020, Dusty Groove, Inc.