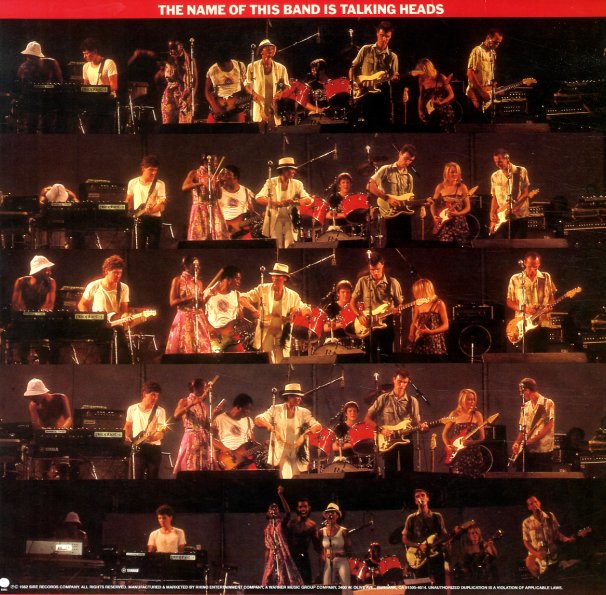 Name Of This Band Is Talking Heads (expanded)

A wonderfully expanded version of this early live set from The Talking Heads – a collection of recordings from the late 70s and early 80s, culled together in a format that almost makes the whole thing come across like a discreet live album! The versions of tunes here are changed up nicely from their studio counterparts – often coming across with some more acoustic touches, or a bit more intimacy on the best numbers – and sharing a spontaneity that we might not have expected from the group, had we only heard them in the studio. Titles on the original release include "New Felling", "A Clean Break", "Don't Worry About The Government", "Pulled Up", "Psycho Killer", "Artists Only", "Air", "Stay Hungry", "Building On Fire", "Memories (Can't Wait)", "Zimbra", "Houses In Motion", "Life During Wartime", "The Great Curve", and "Crosseyed And Painless". This expanded 2CD versions has a many bonus tracks, too – 33 tracks in all!  © 1996-2022, Dusty Groove, Inc.

Stop Making Sense
Sire, 1984. Used
CD...$4.99 (LP...$89.99)
Way more than just a live album – as the record features material from the film of the same name – a tremendous stage performance that begins with solo David Byrne, then has the group building up as the set moves on – with very unusual performances of titles that include "Psyc ... CD