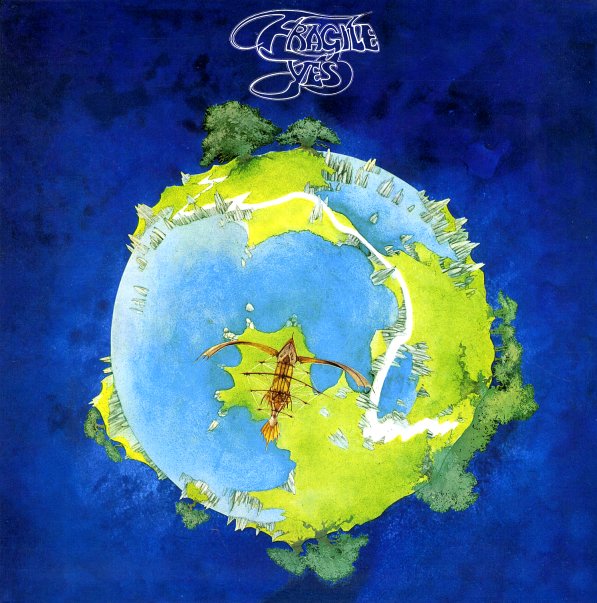 Classic! Fragile is the one that catapulted Yes to unlikely stardom, and in so doing, it brought adventurous, proggy rock to mainstream audience – pretty much changing the face of rock for at least a decade to come! Rick Wakeman's arrival and his spacier electronic keyboards have a lot to do the Yes ascension, but beyond that that, the songs mix of anthemic, stadium-ready immenseness and trippier, oddball touches makes it a win for both pop/rock fans and prog lovers – win-win! Titles include "Roundabout", "Cans & Brahms", "We Have Heaven", "Mood For A Day", and "The Fish" – plus two bonus tracks.  © 1996-2022, Dusty Groove, Inc.
(Remastered, 2003 digipack pressing.)

Fragile
Atlantic, 1972. Used
CD...$2.99 (LP...$16.99, CD...$6.99)
Classic! Fragile is the one that catapulted Yes to unlikely stardom, and in so doing, it brought adventurous, proggy rock to mainstream audience – pretty much changing the face of rock for at least a decade to come! Rick Wakeman's arrival and his spacier electronic keyboards have a lot to do ... CD

Relayer (with bonus tracks)
Elektra/Rhino, 1974. Used
CD...$5.99
Very longform work from Yes – with the tracks "Gates Of Delerium", "Sound Chaser", and "To Be Over". CD adds single edits of two tracks plus a previously unissued rehearsal of "Gates Of Delerium". CD