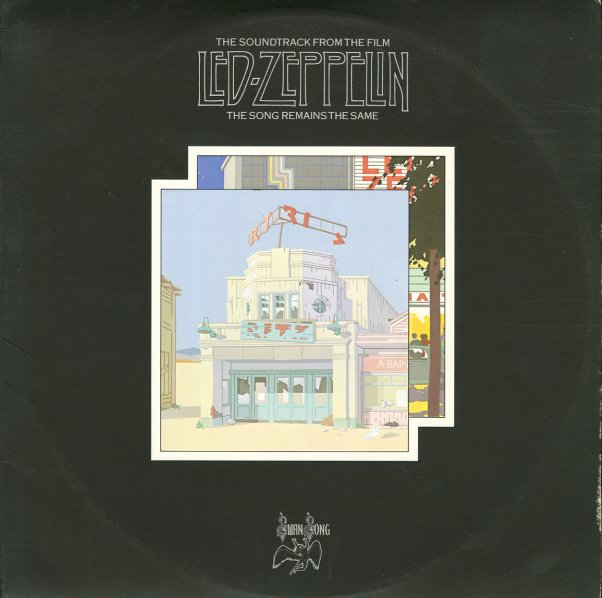 A live album, but one that's every bit as essential to the Led Zeppelin catalog as any of their studio albums from the 70s! In fact, the album may well be more important on its own – as it marked a real high point for the double-length live album in rock music – not just because it features lavish packaging and great presentation – but also because, like the film, it's filled with really long, unusual takes of the group's classics – most of which diverge very strongly from their studio versions! The real highlight here is the set's classic "Moby Dick", which features one of the greatest drum solos ever set to wax – and other tunes include "Rain Song", "Whole Lotta Love", "Stairway To Heaven", "No Quarter", and "Dazed & Confused".  © 1996-2022, Dusty Groove, Inc.
(Digipack case has some edgewear and a mark through the barcode.)

Coda (deluxe edition)
Swan Song/Rhino, 1982. Used 3CD
CD...$11.99 14.99
The title's an apt one – given that the record was the end of the tremendous run of records from Led Zeppelin – issued after the death of legendary drummer John Bomham – but the set's also way more than just an endpoint, as many of the tracks return to the group's beginning – ... CD

Back In The USA
Atlantic/Rhino, 1970. Used
CD...$4.99
The MC5 move to Atlantic Records after their first album – and find a whole new sort of focus that's pretty great! Their classic debut was a raw live album – designed to capture their intensity on the Detroit scene of the late 60s – but this set has the group stretching out, and ... CD