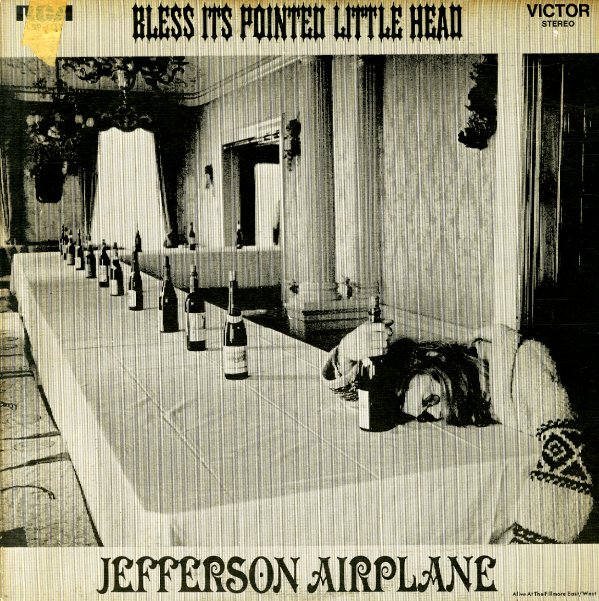 Jefferson Airplane's first live album – capturing them at a late 60s peak, at the Fillmores East and West – stretching things out nicely onstage and featuring a bunch of cool covers! Even though Jefferson Airplane has always been a symbol for freewheeling hippie excess, the album versions of so many of their benchmark tunes are pretty concise – but they get a nice workout in the live setting, without it ever getting too far out – and with those killer group harmonies in place. Includes "3/5 Of A Mile In 10 Seconds", "Fat Angel", "Somebody To Love", "It's No Secret", "Plastic Fantastic Lover", "Bear Melt" and more.  © 1996-2022, Dusty Groove, Inc.
(Orange label stereo pressing with deep groove. Cover has some surface wear, aging, and a half split spine.)