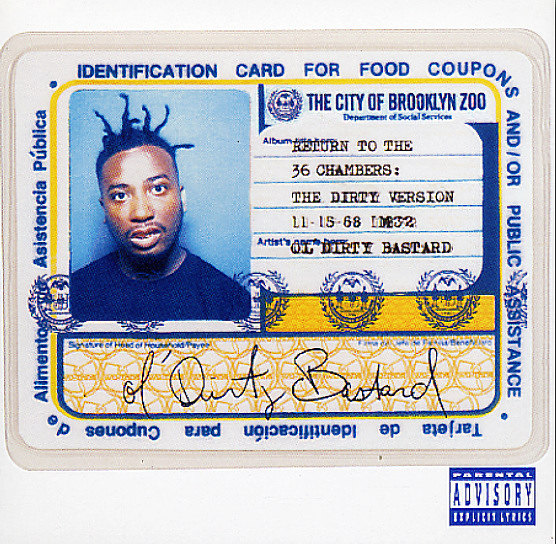 Ol' Dirty Bastard...Osiris...Big Baby Jesus...what can we say? Even if we didn't know ODB had really fallen off the deep end or if his wildness was just an act, this was always sone of our favorite Wu-Tang related LPs and it always will be – with manic energy and tripped out sense of humor than most, and featuring the best hip hop singing since Biz Markie. A defining mid 90s hip hop uberclassic – with "Brooklyn Zoo", "Baby C'mon", "Proteck Ya Neck II", "Cuttin Headz", "Hippa To Da Hoppa", "Shimmy Shimmy Ya", and lots more. Yeah baby, we like raw.  © 1996-2022, Dusty Groove, Inc.
(Out of print. "Solo Debut" hype sticker on the back of case. Booklet has light wear.)

Reachin' (A New Refutation Of Time & Space)
Pendulum/Elektra, 1993. Used
CD...$5.99
A jazz-inspired hip hop uberclassic! While Digable Planets might not have pioneered the jazzy hip hop vibe – we might nod to the Native Tongues scene and DJ Premier's productions in the late 80s for that – Digables set a new standard with breezy but head nodding production and mellow, ... CD