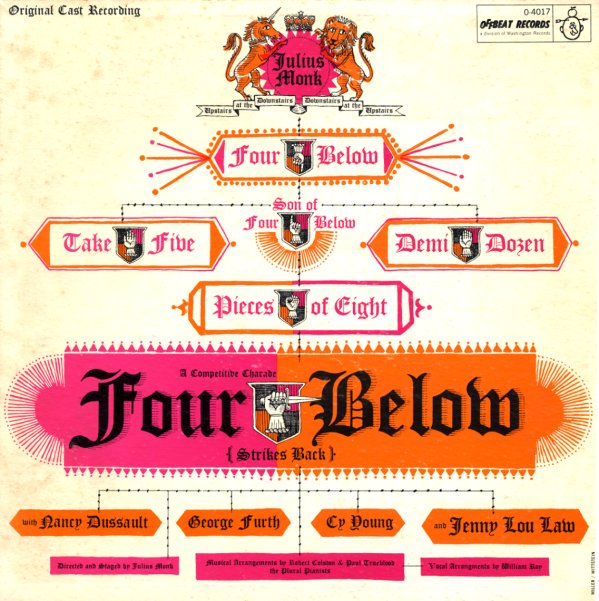 Four Below Strikes Back

Murph The Surf – Original Soundtrack
Motown, 1975. Very Good+
LP...$16.99
An overlooked crime soundtrack of the 70s – one penned by horror composer Phillip Lambro, and featuring a wealth of jazzy work! The style here is a bit darker and more complicated than the usual cop/crime work of the period – but in a way that really makes the record great, and helps ... LP, Vinyl record album

Collector
Mainstream, Mid 60s. Very Good+
LP...$6.99
A really beautiful little score by Maurice Jarre – smaller and more intimate than some of his other 60s work, with a number of nice tunes that turn slightly on a small amount of instrumentation. There's a feel here that's pretty dark overall – thin reed parts and a bit of harpsichord ... LP, Vinyl record album

What Did You Do In The War Daddy?
RCA, 1966. Sealed
LP...$4.99
Kind of nutty stuff from this weird Blake Edwards film that starred James Coburn and Dick Shawn. The material's not as jazz-based as some of Mancini's other scores, but it does have a delightfully nutty sound that's in keeping with the kind of mad 60s film it was written for. The postwar memory ... LP, Vinyl record album