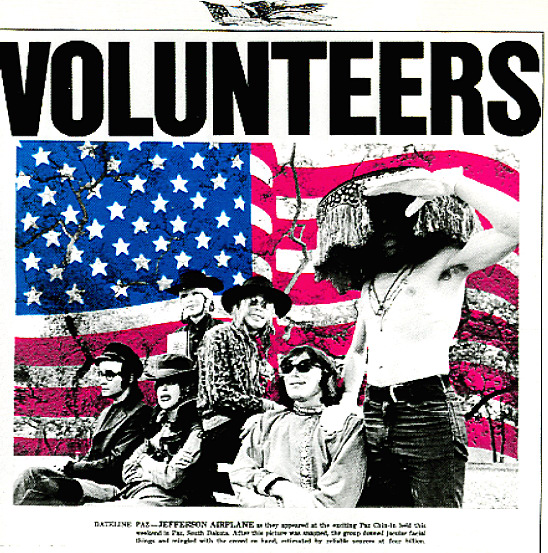 Seminal late 60s work from Jefferson Airplane – done with an all-star roster of fellow counterculture heroes and late 60s icons in the studio – including David Crosby, Jerry Garcia, Steven Stills, and Nicky Hopkins! The whole thing is an incredible mix of breezy harmonies and killer melodies, but tuned to more political lyrics – a brilliant approach – full of disarmingly tuneful, yet lyrically defiant songs. Amazing stuff – and a heck of a way to cap off the 60s for this legendary band. Titles include "Wooden Ships", "Eskimo Blue Day", "We Can Be Together", "A Song For All Seasons", and "Volunteers".  © 1996-2022, Dusty Groove, Inc.
(Orange label pressing, including poster insert. Cover has light surface wear.)

Thirty Seconds Over Winterland
Grunt, 1973. Near Mint-
LP...$7.99
The late live album from Jefferson Airplane – who were at the end of their journey, but whatever their personal differences may have been at the time, they still put on a helluva great rock and roll show! Thirty Seconds Over Winterland was recorded at that legendary San Francisco venue, and ... LP, Vinyl record album