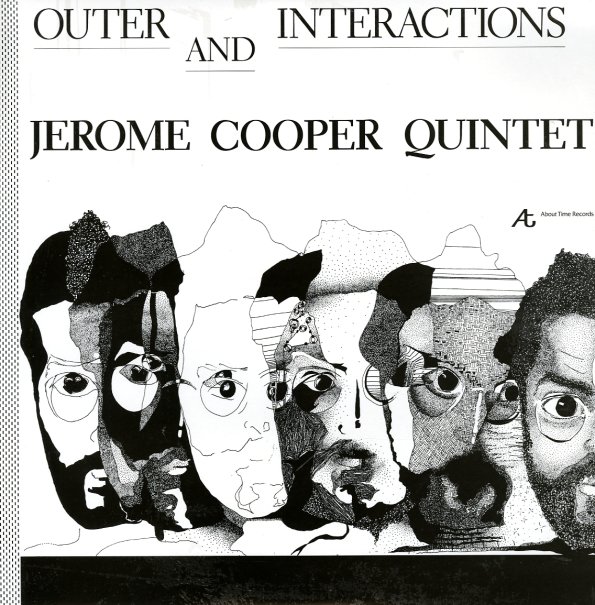 A really rich combination of sounds – one of those rare moments when the end result of a session comes out sounding way more than the instruments that comprise it! The group's led by Jerome Cooper on drums, balaphone, and other percussion – and features Joseph Jarman on tenor and flute, William Parker on bass, Jason Hwang on violin, and Thurman Barker on drums – all working together in ways that are kind of an evolution of the loft jazz style – handled with a lot more thoughtful composition on the part of Cooper, and executed in ways that really have the players thinking about each others' contributions – coming up with these vivid sonic elements in the process, and really holding our attention in the way they instruments take fire from each other. Titles include "Outer & Interactions", "Moments", "The Crouch Opinion", and "Arcunum II".  © 1996-2020, Dusty Groove, Inc.
(Original pressing.)