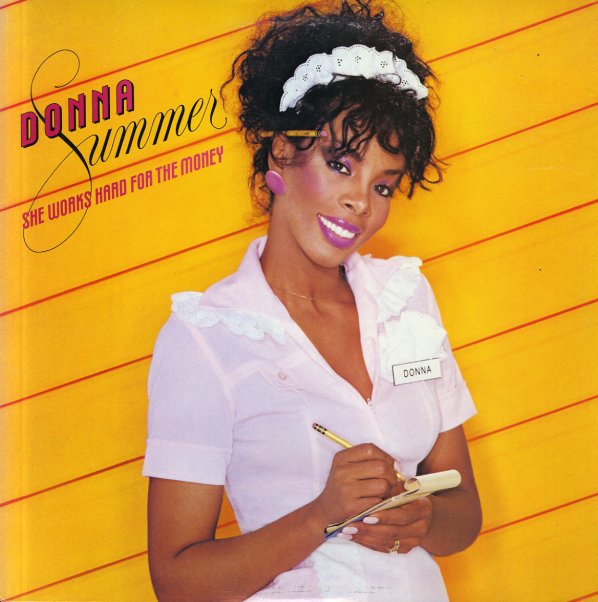 One of the last great pop records from Donna Summer – thanks to super huge radio and video play for the title cut – and to a huge amount of tuneful tracks put together by producer/arranger Michael Omartin! By this point, Summer isn't trying to fool anyone that she's a deeper soul artist – and has really relaxed into a reworking of her previous 70s disco mode – a catchier, more crossover-pointed style that kept Donna's fire going a lot stronger than most of her club diva contemporaries from the decade before. Titles include "She Works Hard For The Money", "Woman", "Stop Look & Listen", "Tokyo", "People People", and "I Do Believe".  © 1996-2022, Dusty Groove, Inc.
(Still sealed! Shrink has light wear and is open on the corner. Cover has a cutout hole.)