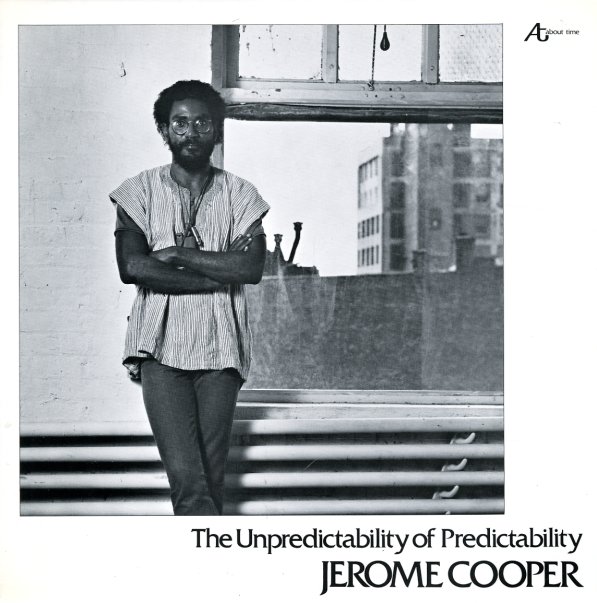 A great solo performance from Jerome Cooper – not just drums and percussion, but work on flute, balaphone, and other instruments too! Cooper really brings all of his most thoughtful elements into play here – working slowly, and covering space with ideas that really take some time to stretch out and find themselves – then confidently move forward to open up new chapters in the performance – a bit like some of the best early moments of the Art Ensemble Of Chicago, but presented here as a solo act! Side one features "The Unpredictability Of Predictability", in four movements – and side two features "Bert The Cat".  © 1996-2021, Dusty Groove, Inc.
(Original pressing. Please Note – these are in the original shrink wrap which has aged, split and come off, but are still unplayed.)