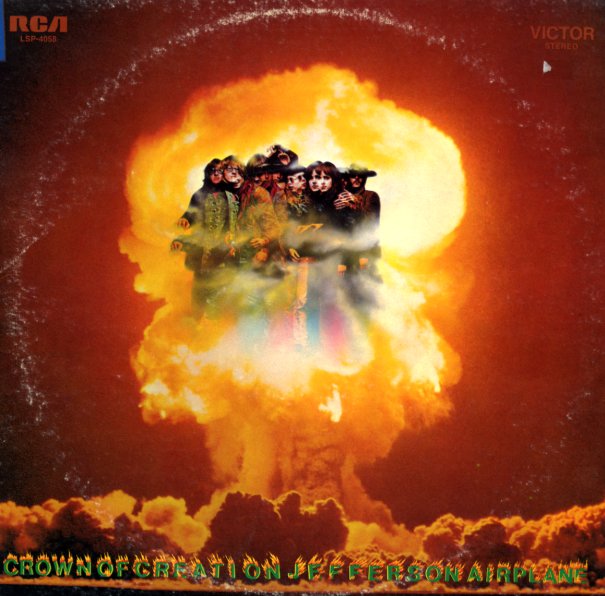 Jefferson Airplane flying high in the late 60s – both a creative and commercial triumph for the band – balancing the tripped out adventurousness of their earlier work, with a more focused approach that brought them to bigger and bigger audiences! Front loaded with moodier, acoustic-based songs that build into heavier rock as the record plays on – with some really great use of sound effects for added drama on here and there! Titles include "Lather", "In Time", "Star Track", "Chushingura", "If You Feel", "Ice Cream Phoenix", "The House At Pooniel Corners" and more.  © 1996-2023, Dusty Groove, Inc.
(Black label stereo pressing with deep groove. Includes the insert. Cover has some ring and edge wear.)

See Jungle See Jungle – Go Join Your Gang Yeah – City All Over Go Ape Crazy
RCA, 1981. Near Mint-
LP...$11.99
A great debut from Bow Wow Wow, and a mighty second act from Maclolm McLaren – whose work with the young group was one of his main projects after getting rejected by the Sex Pistols! This group's got a very different vibe, and an equally longstanding appeal – as playfully new wave as ... LP, Vinyl record album

When The Going Gets Tough, The Tough Get Going
RCA, 1983. Near Mint-
LP...$9.99
(Includes the printed inner sleeve. Cover has light wear.) LP, Vinyl record album