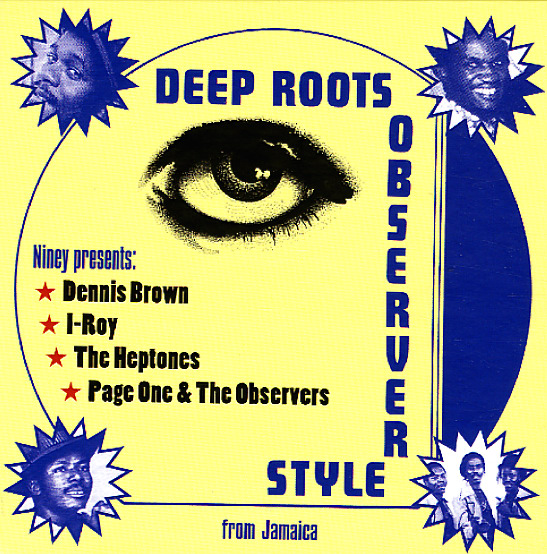 A stellar 4CD set of classic and hard-to-find mid-to-late 70s deep roots albums produced by Winston Holness, better known as Niney The Observer – Deep Down by Dennis Brown, I-Roy's Observer Book Of I-Roy, Better Days by The Heptones and Observation Of Life Dub by Page One & The Observers – collected in this great little box, courtesy of 17 North Parade! Deep Down is a total treasure, just a great album that goes deeper than the hit singles Brown & Niney were recording together during the period, and featuring some of Dennis Brown's best ever cuts. Includes "So Long Rastafari", "Travelling Man", "You're No Good", "Shame", "Tribulation", "If You're Rich Help The Poor" and more. Likewise, Observer Book Of I-Roy features some of the finest recordings that great Jamaican deejay I-Roy recorded with writer, arranger, producer Niney – including"Jah Come Home", "Step On The Dragon", "Cam Road Skanking", "Sister Maggie Breast", "Water Rate" and more. Roots veterans The Heptones team up with Niney for Better Days, the tracks "Suspicious Minds", "Crystal Blue Persuation", "No Bread On My Table", "Better Days", "Jah Guide" and more. Finally, Observer Of Life Dub" credited to Page One & The Observers– which is a dub companion to the Better Days album, featuring "Jah's Children In Style", "Ready For It", "Way Of Life", "Persuasion", "Africa's Time Now" and more. Each disc comes in a cardboard LP replica style sleeve.  © 1996-2021, Dusty Groove, Inc.