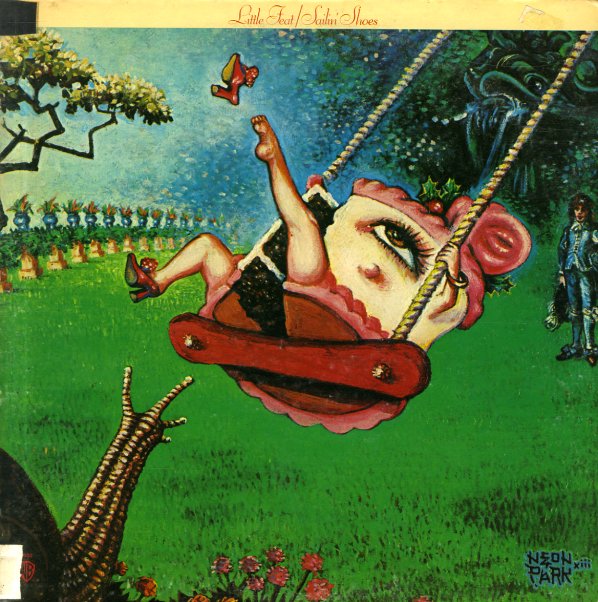 The second album from Little Feat – and it's a great one! Loose roadhouse blues-y and country rock styled songs – infused with their own weirdness! This is one of those great examples of a band that not only loved, but could play down home American music of many kinds – and add their own personal craft and idiosyncratic charms to whatever they touched. Includes "Easy To Slip", "Cold Cold Cold", "Triple Face Boogie", "Sailin' Shoes", "Cat Fever", "Texas Rose Cafe" and more.  © 1996-2022, Dusty Groove, Inc.
(Burbank label pressing.)