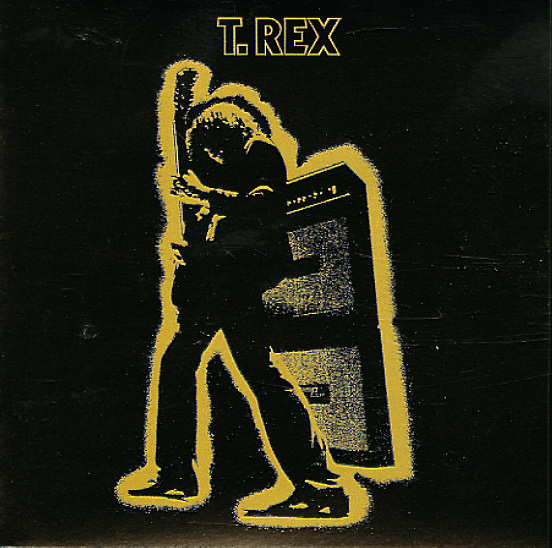 The early 70s glam masterpiece from T Rex – setting the standard for the sounds to come – and pop landmark status aside, it's probably the best album Bolan, Mickey Finn and the group ever cut! On Electric Warrior, T Rex resurrects the primitive spirit of the seediest rock of their predecessors, with a sound that's loud and anthemic. They hide sax, fluegelhorn and classical-styled strings under loud guitars, making this some of prettiest sleaze of the 70s! Classic! Includes the classics "Jeepster", "Bang A Gong (Get It On)", "Life's A Gas", "Monolith", "Planet Queen, "Girl" and more.  © 1996-2021, Dusty Groove, Inc.
(Mid 70s brown label Reprise/Warner pressing. Cover has some light flaking on the top seam, but looks great overall.)