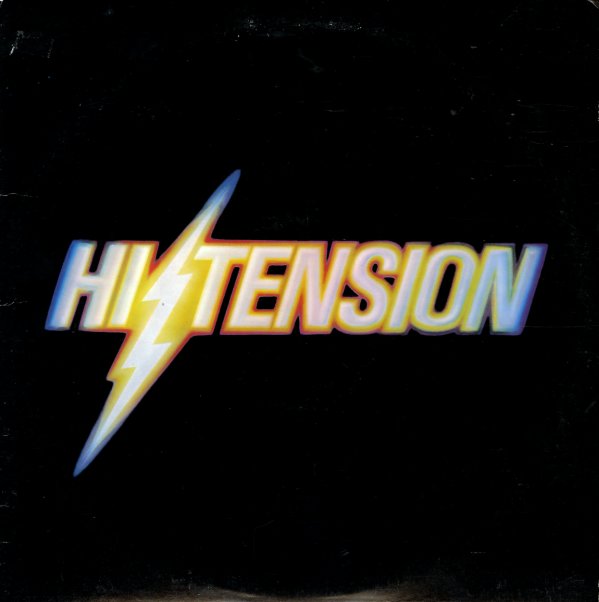 A sweet set from the early years of the UK funk scene – the smoking debut from Hi Tension, and a set that's filled with sharp numbers throughout! There's a strong jazzy undercurrent to the music – a bit like some of the sounds you might hear from the Fantasy Records scene – no surprise, since those records were always huge on the British scene – and quite possibly had an influence on the direction of Hi Tension here – with tight rhythms on the bottom, complicated jazzy changes on the instrumentation, and some tight horn parts that really soar along strongly with the vocals! Lyrics are mostly presented in an ensemble mode – produced warmly, with almost an Earth Wind & Fire mode – and the album was put together by Kofi Ayivor of Osibisa, with a slight touch of Afro funk in the mix. Tracks include the classics "Hi Tension" and "British Hustle" – plus "Autumn Love", "You're My Girl", "Power & Lightning", "Peace On Earth", and "Unspoken". CD features bonus tracks – "British Hustle (7" version)", "Hi Tension (7" version)", and "Girl I Betcha".  © 1996-2023, Dusty Groove, Inc.

Slave/Steve Arrington/Aurra – The Definitive Collection (3CD set)
Robinsongs (UK), Late 70s/Early 80s. New Copy 3CD
CD...$24.99 38.99
The first-ever group-spanning collection of work from the family of Slave – the late 70s funk powerhouse that was also linked to the group's Aurra and Steve Arrington's Hall Of Fame! The package is heavy on work from Slave – that bass-heavy group who really revolutionized the sound of ... CD

By All Means
Island/Universal (Japan), 1988. New Copy
CD...$12.99 14.99
Warm soul from By All Means – a key group in the quiet storm soul years of the mid 80s – one that's equally well-suited to mellow numbers and more upbeat groovers! The trio features two male vocalists and one female – Jimmy Varner, Billy Sheppard, and Lynn Roderick – but ... CD