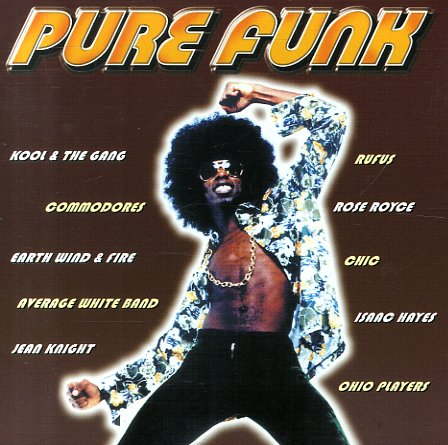 Cruisin
Casablanca/Polygram, 1978. Used
CD...$12.99
A real breakout album for The Village People – thanks largely to the hit "YMCA", which had surprising play at the time – and has gone onto become one of those ballpark hits that everyone seems to sing completely un-self-consciously! The group are still working here in a New ... CD

Shuckin' & Jivin'
Luv N' Haight/Ubiquity, 1972. Used
CD...$9.99
Luv N Haight has done it again! This totally cool reissue of a very very lost funky LP is a real monster, and another reissue feather in the cap of the great Luv N Haight catalog. The hot and funky Johnny Lewis Quartet recorded this massive slab of jazz in the early 70's, when the group's lineup ... CD

Give The People What They Want
Daptone, 2014. Used
CD...$8.99
Tremendous work from Sharon Jones & The Dap Kings – a set that took a bit longer to hit the racks than expected, but which really shows a richness that more than makes up for the delay! Sharon's a singer who's always been great – but she steps out strongly here with a sense of ... CD