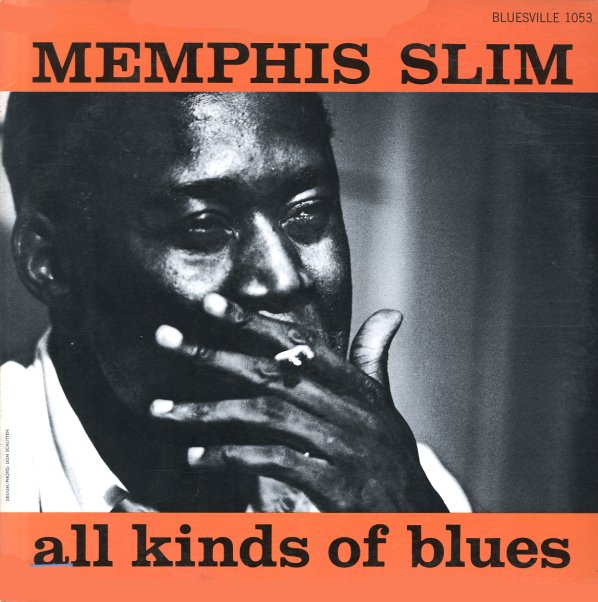 All Kinds Of Blues

Just vocals and piano from the great Memphis Slim – no other instrumentation at all!  © 1996-2022, Dusty Groove, Inc.
(OBC pressing – still in shrink, with review sticker.)

Willie's Blues
Prestige/Bluesville, 1958. Near Mint-
LP...$23.99
A mighty pairing of talents – the great Willie Dixon on bass and vocals, plus Memphis Slim on piano – captured together in a lean quintet that also features Wally Richardson on guitar and Al Ashby on tenor sax! The approach here is great – more folksy and unfettered – with ... LP, Vinyl record album

Songs We Taught Your Mother
Prestige/Bluesville, 1961. Very Good+
LP...$19.99 38.99
Raw, rootsy blues – recorded by a trio of gals who are definitely old enough to have taught your mom a few songs! The set's got a mixed blues/jazz vibe – that sweet 20s/30s mode when the two genres would often blur nicely together – and players include Sidney De Paris on tuba, JC ... LP, Vinyl record album