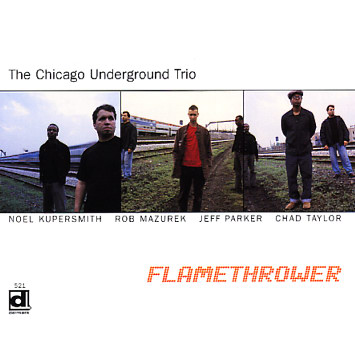 Another wonderful album from this groundbreaking Chicago combo! The group's now a permanent quartet, with the extremely great addition of Jeff Parker on guitar and electronics – and the album continues to push the boundaries of Rob Mazurek's unique sound. The liner notes on the back refer to a NY Times article that described the group's sound as "painterly", and to us, that's a pretty fair estimation of their sound. The group work in wide washes of sound – structured around conventional jazz traditions, but touched with a more abstract approach derived from their connection to the Chicago rock and experimental scene. Titles include "Warm Marsh", "Elroy", "504", "The World Has Changed", "Woman In Motion", and "Antiquity".  © 1996-2021, Dusty Groove, Inc.