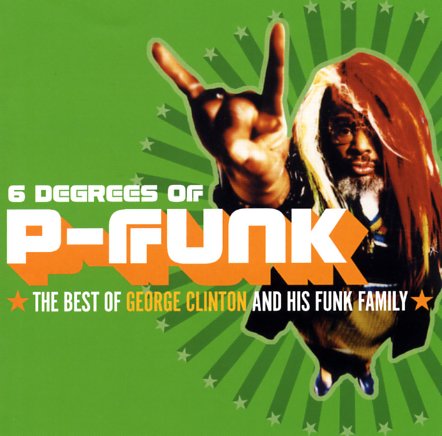 Post Funkadelic and Parliament work from George Clinton – an assortment of tracks from a variety of Columbia and Sony-related albums by artists who include Sweat Band, Mutiny, Junie, Bootsy Collins, Mico Wave, Philippe Wynne, and the P-Funk All-Stars! Most of the material here has an early 80s sort of feel – that second wave of P-Funk inspiration after so many other groups were grabbing the Clinton groove – and bass is especially upfront in the mix on most of these numbers, topped with vocals that are definitely in the style first encouraged by George back in the day. Titles include "Funky Kind" and "If Anybody Gets Funked Up" by George Clinton & The P-Funk All Stars, "Leakin" and "Party On Plastic" by Bootsy Collins, "Lump" and "Funk N Bop" by Mutiny, "Rappin About Rappin" and "Love Has Taken Me Over" by Junie Morrison, "Instant Replay" by Mico Wave, "Freak To Freak" by Sweat Band, "Breakout" and "Never Gonna Tell It" by Philippe Wynne, and "One Of Those Summers" and "Pumpin It Up" by P-Funk All Stars.  © 1996-2021, Dusty Groove, Inc.
(Out of print.)