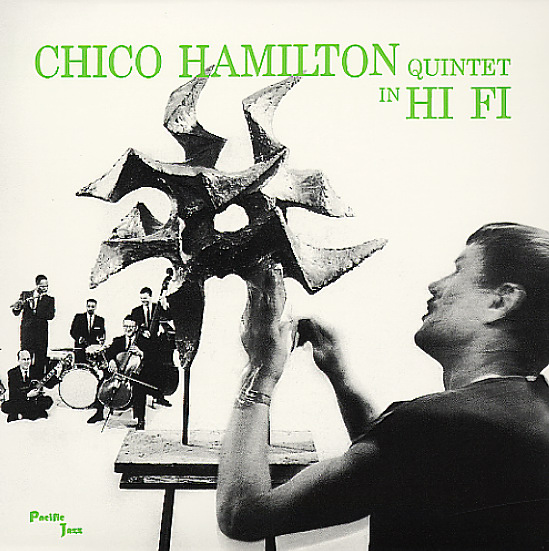 One of Chico's earliest albums for Pacific Jazz – a set of tightly arranged tracks with a cool chamber feel to them – featuring a lineup that includes Buddy Collette on reeds, Fred Katz on cello, Jim Hall on guitar, and Carson Smith on bass. Collette, Katz, and Hall are at the height of their powers here – a bit restricted, perhaps, but in the way that Hamilton was using to craft some of the more creative sounds of the 50s LA jazz scene – perfectly shaped and formed throughout! Just about every band member contributed a song and an arrangement to the album – and titles include "The Ghost", "Chrissie", "Jonalah", "Sleepy Slept Here", "Drums West", "The Squimp", and "Sleep".  © 1996-2021, Dusty Groove, Inc.
(Black label pressing with deep groove. Cover has partially split seams and light surface wear.)