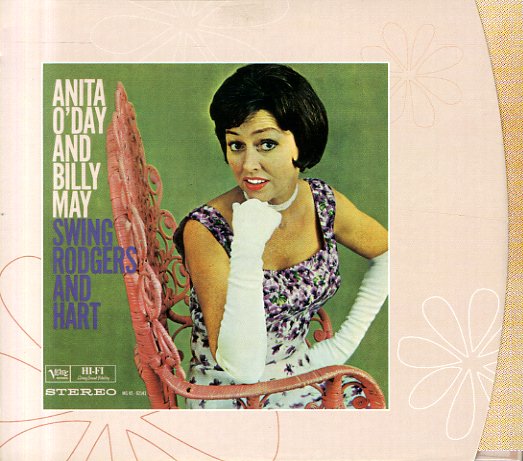 An extremely playful set of tunes from vocalist Anita O'Day – working here with some lively Billy May arrangements that really show the best side of her sound at Verve! The tracks are all Rogers & Hart numbers – as you'd guess from the title – and Anita swings them with a bright style that also has a nice undercurrent of sadness that perfectly gets at the bittersweet qualities of Lorenzo Hart's lyrics. Titles include "I've Got Five Dollars", "Spring Is Here", "To Keep My Love Alive", "Falling In Love With Love", "I Could Write A Book", "Have You Met Miss Jones", and "Lover".  © 1996-2021, Dusty Groove, Inc.
(Out of print Verve Master Edition. Digipack has some wear and a sticker over the barcode.)

Magic Voices – 7CD Box Set
MPS/Motor (Germany), Early 70s. Used 7CD
CD...$119.99
For completists only! We always knew the folks at Motor Music were mad, but never this mad. Yet only beautiful madness could have led them to put out this insanely over-stuffed set of the complete works of one of the spookiest vocal groups of all time. Led by Gene Puerling of the Hi-Los, and ... CD