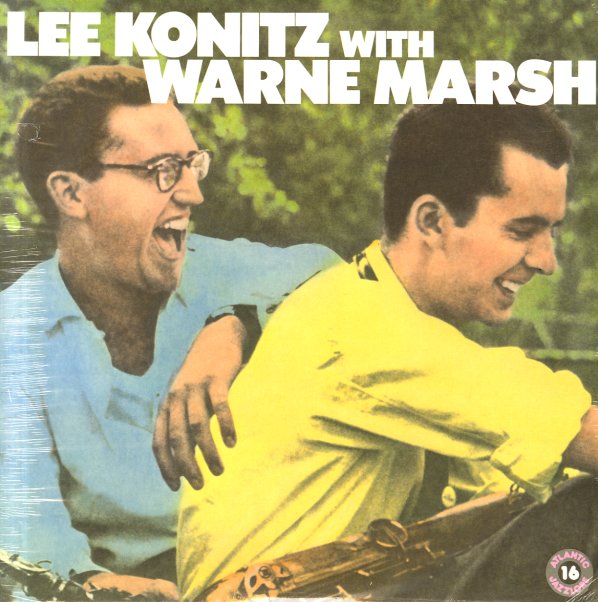 A classic session of cool jazz from the 50s – a majestic meeting of the alto of Lee Konitz and the tenor sax of Warne Marsh! The album's a perfect example of icy modernism at its best – swinging nicely, never too uptight, but with a well-composed approach that really shows the magic of the Konitz approach. The group features the great Billy Bauer on guitar, plus either Ronnie Ball or Sal Mosca on piano – and rhythm is by Kenny Clarke and Oscar Pettiford. Tracks are short, and titles include "Topsy", "Lee", "Donna", "Don't Squawk", and "Ronnie's Line".  © 1996-2020, Dusty Groove, Inc.
(80s Atlantic Jazzlore pressing.)