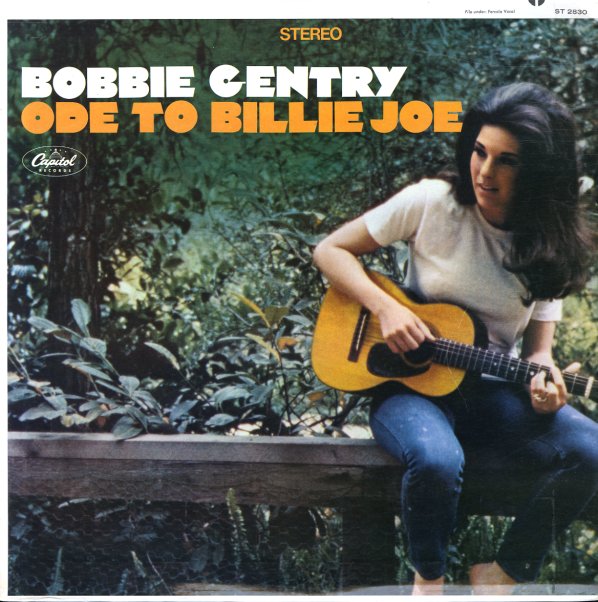 Also available
Bobbie Gentry — Ode To Billie Joe (180 gram pressing) ... LP 22.99
A key late 60s country crossover set, but one that also inspired a fair bit of funk as well! The title cut's a well-known gem – one that's been covered instrumentally in some break-heavy versions, but which sounds even more amazing here in Bobbie's original version – one of the moodiest pop tunes we've ever heard, with lyrics, and a way of presenting them, that still leaves us breathless all these many years later. There's also some other funky bits here too – Gentry's raspy "Mississippi Delta" – an original number that almost seems to unseat Tina Turner for down-home soul – and the groovy "Sunday Best", "Niki Hoeky", "Papa Won't You Let Me Go To Town With You", and "Chickasaw Country Child", all numbers that echo the same lilting acoustic guitar grooves of "Billie Joe".  © 1996-2022, Dusty Groove, Inc.
(Rainbow label stereo pressing. Includes Capitol inner sleeve. Cover has light wear & aging.)