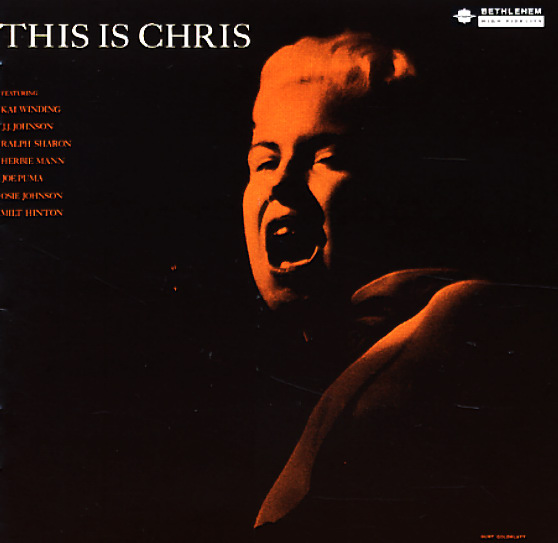 Beautifully icy vocals from the amazing Chris Connor – the kind of record that set a new standard for vocal jazz back in the 50s! The session's a small group one – with Chris singing intimately alongside backing from Herbie Mann on flute and tenor, Kai Winding and JJ Johnson on trombones, Joe Puma on guitar, and Ralph Sharon on piano – all lightly arranged to allow Connor's vocals prime placement in the record, while shading in the spaces with some nicely modern colors. Titles are mostly familiar, but wonderfully transformed into Connor's own personal statements – and tracks include "Ridin High", "It's All Right With Me", "Someone To Watch Over Me", "All Dressed Up With A Broken Heart", "All This & Heaven Too", "Trouble Is a Man", "Blame It On My Youth", and "The Thrill Is Gone".  © 1996-2021, Dusty Groove, Inc.
(Mono red label pressing with deep groove. Label on Side 1 has some pencil. Cover has some surface wear, light stains, and some musty odor.)

Portrait Of Chris
Atlantic, 1960. Sealed
LP...$19.99
A very moody album from Chris Connor – one that features arrangements by Ronnie Ball and Jimmy Jones, on a somber set of songs that makes the album one of Chris' darkest for Atlantic! Most of the tunes are in small group settings – a bit tightly arranged, but in a good way that gives ... LP, Vinyl record album